7 Reasons Why Districts Need to Invest in Principal Coaching

Research has been very clear. There is no greater school-related impact on student achievement than the teacher in the classroom. The second greatest school-related impact on student achievement growth is principal effectiveness. The largest impact on teacher retention is administrative support and school culture, both of which are impacted directly by the principal. However, districts nationwide are facing a crisis when it comes to retaining effective principals.

According to a School Leaders Network’s report, CHURN: The High Cost of Principal Turnover:

“Twenty-five thousand (one-quarter of US principals) leave their schools each year, leaving millions of children’s lives adversely affected. Fifty percent of new principals quit during their third year in the role. Those that remain frequently do not stay at high-poverty schools, trading difficult-to-lead schools for less demanding leadership roles that serve more affluent populations. These retention and persistence realities deeply hamper the ability for schools, particularly high-poverty schools, to initiate and sustain school improvement efforts necessary to achieve real gains for students.”

Furthermore, according to the same report, it is estimated that the cost to develop, hire, and onboard each principal is $75,000.

“It is estimated that in a typical urban school district with 110 schools, investments made to draw retention to the same rate as typical affluent schools (20% turnover) would save the district $330,000 annually. If principal retention rates nationally could be increased to match those of affluent schools, it could save U.S. school districts $163 million annually. If these efforts were applied to just the largest 500 districts in the U.S. (2.8% of nation’s districts) it would save nearly $100 million annually currently allocated for principal turnover costs.”

Providing the Support Principals Need and Want
As the instability of federal, state, and local funding sources increases, school districts play a pivotal role in establishing priorities based on scarce budget dollars. As funding wanes, district and school leaders must continuously evaluate the effectiveness of every dollar spent and seek the greatest impact from the smallest investment.

In her research, M. Christine DaVita, former president of the Wallace Foundation, makes a compelling case that “investments in good principals are a particularly cost-effective way to improve teaching and learning.” Particularly for budget-challenged districts, choosing to invest in principals over teachers can often produce a greater return on investment in the long run, since it can reduce principal turnover—which directly affects teacher turnover.

In a recent article in Getting Smart, How Does Wrap-Around Leadership Inspire Lifelong Learning in Principals?, my colleague Jason Stricker and I made the case that principals in particular are now hungry for a blend of both formal and informal learning opportunities where they are connected with and supported by colleagues as well as leaders from other sectors. These opportunities include:

Coaching as a support lever for school leaders is rising to the top for a variety of reasons. According to Nyman & Thatch, the business sector has seen leadership coaching as essential tool to enhance “the performance of leaders and the productivity of organizations.”

In addition, a group of researchers—Matthew Kraft and Dylan Hogan of Brown University and David Blazar of Harvard University— recently released a compelling report examining the impact of instructional coaching on teachers and student achievement. Not surprisingly, they learned that there is indeed a positive effect of one-on-one coaching on a teacher's instructional practice. We believe this can translate to leadership coaching as well.

In the article Support Principals, Transform Schools, the authors describe the positive impact of a leadership coaching initiative in Oakland Public Schools on both teacher and principal turnover.

“Schools that have worked with leadership coaches have seen a significant reduction in turnover of effective teachers, a major challenge in Oakland's schools. We have also documented a reduction in principal turnover, particularly among principals who have received coaching in emotional resilience.”

To keep and grow effective school leadership, it’s important to put coaching within the context of a larger set of wrap-around leadership supports described above.

At the end of the day, districts must be intentional about the kinds of supports they provide their principals. Leadership coaching is a great start. 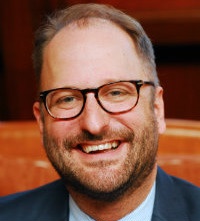 Jason Culbertson is CEO of Insight Education Group. His experiences as a former classroom teacher, leader for state and non-profit organizations, and thought partner for districts, states, education organizations in the US and abroad, including the US Department of Education and Queen Rania's Teacher Academy, provide him with unique expertise in solving the challenges of underperforming schools.